When you think of antibiotics, I would hazard a guess that the contents of flask number 6 isn’t what springs to mind. For Dr Ardeshir Rineh, methylene blue is the next big thing to deal with bacteria.

Antibiotics are life-saving drugs that kill off infections caused by bacteria. Gone are the days where scratching your leg on a twig in the bush could be a death sentence. The thing is, some bacteria are proving to be a bit harder to deal with; they’re adapting. 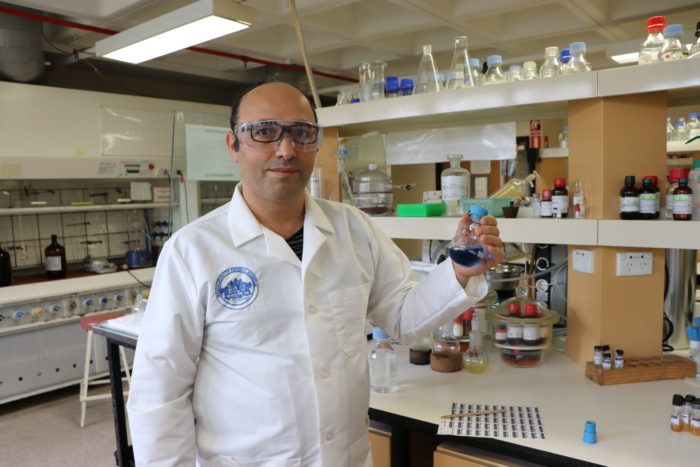 That’s where Ardeshir comes in. He’s working with a Medicinal Chemistry research group lead by A/Prof Michael Kelso at the University of Wollongong. He’s working on a particular type of molecule called a “photosensitizer”. Methylene blue reacts with oxygen when you shine lasers at it to produce things called oxygen radicals. And no, that’s not an oxygen molecule from the 80s, it’s actually the same thing that causes cell damage and aging in our skin.

Bacteria hate oxygen radicals more than our faces though.

Ardeshir’s research looks at using these sorts of molecules to kill bacteria that are particularly resistant to everyday antibiotics. Who knew that something so beautiful could be so deadly. 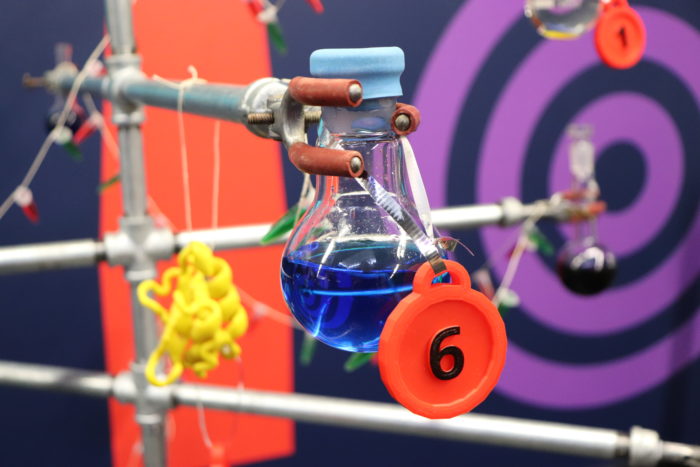 You can find out more about Ardeshir’s research group here.