Look! It’s a bird! It’s a plane! No! It’s a largely nonreactive noble gas that fluoresces under certain conditions…

Our next element featured as part of the International Year of the Periodic Table is Krypton. As you know at Science Space Wollongong, this year we’re featuring one element a month. To coincide with our Superhero School Holidays, we’re celebrating a noble gas and the home of Superman; Krypton. 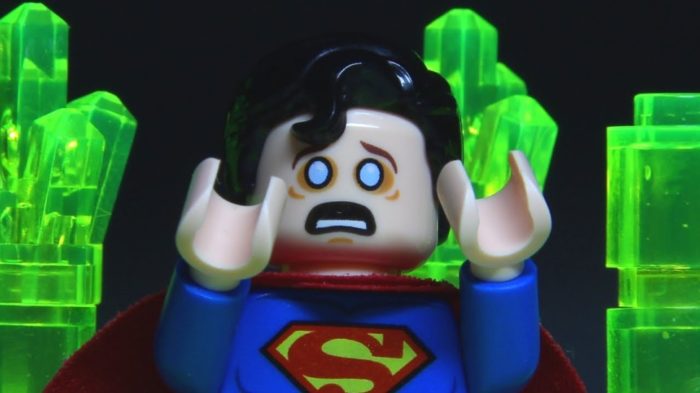 In the comics, Kryptonite is a green, glowing material that is said to be the only thing that can defeat Superman. The thing is, Krypton in real life isn’t anywhere near as exciting.

Let’s start with what it isn’t. For one thing, it’s not green. Nor is it solid. Krypton’s a gas, and not just any sort of gas, it’s a noble gas. That means it’s one of the most non-reactive, inert substances on the planet. It’s hardly going to cause you problems, let alone bring Superman to his knees.

If Lex Luthor sprayed a bunch of real Krypton gas at his enemy, Superman would probably just blink and raise an eyebrow.

Where does it come from?

At least the billionaire Luthor would be able to afford a canister of Krypton. Since it only really exists in our atmosphere at a tiny 0.0001%, it’s pretty expensive. Its uses are pretty limited as a result.

Krypton does have a few interesting uses here on our planet. As we mentioned before, as a noble gas it doesn’t react with very much at all. In fact, the only thing Krypton seems remotely interested in is the gas fluorine. It reacts with fluorine to form a special type of laser that engineers use to make tiny computer chips.

For a little while, Krypton was the basis for the definition of the metre! Every element has what’s called an “emission spectrum”. It’s basically a unique set of lines produced when you shine light onto an element. Scientists use them to figure out what’s in stars in the galaxy as well as materials here on Earth. Between 1960 and 1983, we used one of these lines (multiplied by 1,650,763.73!) to define the metre for every country in the world that used it. Nowadays, we use the distance travelled by a light in 1/299,792,458th of a second – apparently, it’s a bit easier to measure.

Krypton is also used in fluorescent lighting. If you’ve ever seen “neon” lights, not all of the gas inside of those brightly-coloured tubes is what it says on the tin, so to speak. When an electrical current is passed through a tube filled with krypton, all of the atoms of the gas get super excited and emit blue light. 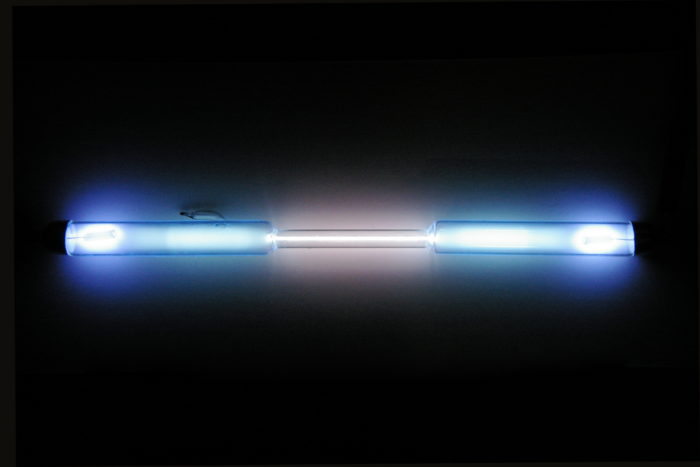 You can also find it in really expensive lights for photography. Krypton LED bulbs shine with an intense white light that makes it incredibly useful for high-speed cameras like those used by our friends at Questacon in the videos below.

We hope you enjoyed this month’s featured element: Krypton. Please tune in next month to learn more about HYDROGEN at Science Space Wollongong!