Before the end of this year, we asked our staff at Science Space Wollongong which 12 elements we should focus on for the International Year of the Periodic Table and boy did they deliver this month. We’re looking at the universe’s most nonreactive element; Neon. 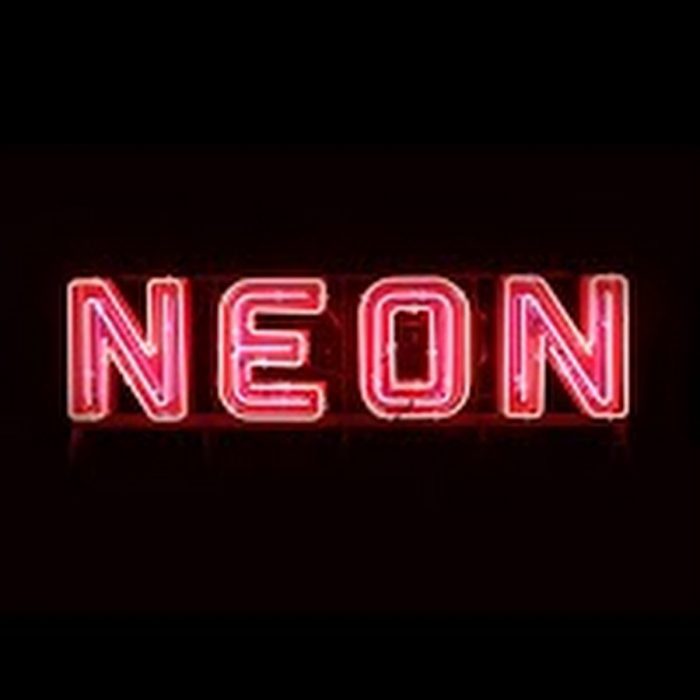 On paper, Neon sounds pretty amazing right? When you think about it, what springs to mind except for images of the brightly-coloured neon lights on Broadway? Or highlighter colours so bright it feels like they’re making your eyes melt?

Well, as we discovered a few months ago when we took a look at Krypton, not all Neon lights are Neon.

Neon is a noble gas which means it sits right on the very edge of the periodic table underneath fellow noble gas Helium. Like Helium and Krypton, Neon’s really unreactive. It’s colourless, odourless and basically just floats around in the atmosphere in crazy-low concentrations. 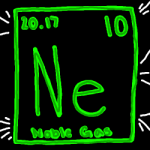 Neon was first isolated by scientists in the late 1800’s, long after Mendeleev decided on the layout of his periodic table. So an extra column had to be added. First argon, then helium and finally neon joined the crew in 1898. The chemist responsible for its discovery, Dr William Ramsay, won the Nobel Prize for Chemistry in 1904 for his work with the noble gases… how’s that for confusing? 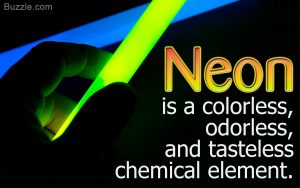 Neon’s really hard to pin down in our atmosphere. At only 0.0018%, it takes a whopping 40 kg of liquefied air to get 1 kg of neon so its uses are pretty limited.

Weirdly the tiny concentration appears to just be an “Earth” thing. Out in the universe, Neon is the fifth-most-abundant element after carbon! We find it in really old exploding stars called supernovae.

One of the most concentrated collections of neon on our planet though is in a city in the middle of a desert in the United States of America; Las Vegas. 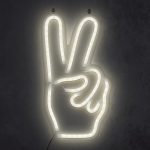 Neon signs are so recognisable to us now that it’s hard to imagine a time without them. But they’ve only been around for a century or so.

Back in the 1850’s, German Physicist and glass-blower (great combination right?) Heinrich Geissler, invented the Geissler Tube; a closed glass tube contained gas at a certain pressure. If you passed an electric current through the tube, Geissler found that the gas lit up! The colour and the intensity depended on the type of gas and the pressure inside the glass.

Geissler’s tubes used really easily-obtained gasses like plain old air. The problem was that the air would attack the electrodes used to power the lighting… not so great. 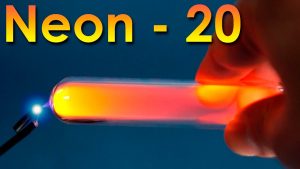 Neon was quickly swapped in as a replacement. It’s so nonreactive that there was no chance the electrodes would be damaged! Neon lights began to pop up everywhere after that.